It has been a very good season for the Coolmine Community School Second Year Girls Basketball team, who won three out of their four group games. The team defeated Fingal Community College in their final group game to secure a place in the quarter finals against Scoil Chaitriona. After a closely contested game in Tolka Hall on 23rd March Scoil Chaitriona edged ahead in the final quarters of the game and won. The Coolmine team will return next season well prepared for the competition. 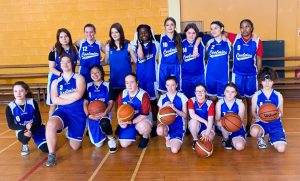 It has been a very good season for the Coolmine Community School First Year Girls Basketball team, who clinched a place in the Semi-Final of the Schools League in a closely contested game against Pobalscoil Neasáin on 29th March in Baldoyle. Coolmine met Coláiste Ghlór Na Mara in Balbriggan in the Semi-Final on 1st April.

From the end of the first quarter the teams were within a few baskets of each other and it was evident that this would be a closely contested game. Both teams had won their Semi- final games by comfortable margins. The first quarter of the game was close with the teams matching each other basket for basket.

The Coolmine  First Year Girls’ Team will be back next season well prepared for the league. 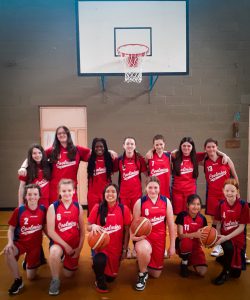