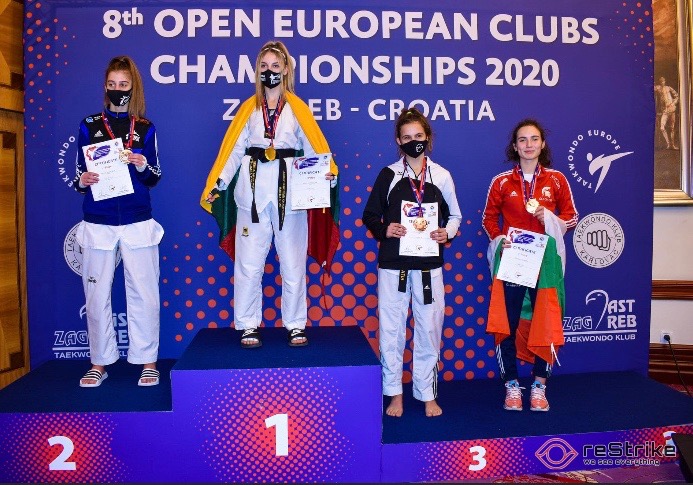 Gerda competes in a martial arts sport named Taekwondo. She has been training and competing for six years. Her goal from the start, was to fight for her country and get to the Olympics. She has received many international medals and trophies. Last year she got selected to fight for the Lithuanian national team.

The competition she took part in last week was called the European Club Championships. It took place in Zagreb, Croatia. This was one of the biggest competitions she fought in as if she placed, she would qualify for the Youth Olympics.

Coolmine Community School would like to congratulate Gerda as she did more than place in the European Club Championships…… She won a gold medal and placed first! Gerda said:

“Due to the pandemic it was very hard to motivate myself, there were many times I wanted to quit, but I thought about the times where I won, where I made my team and family proud. This kept me going.” Well done Gerda!