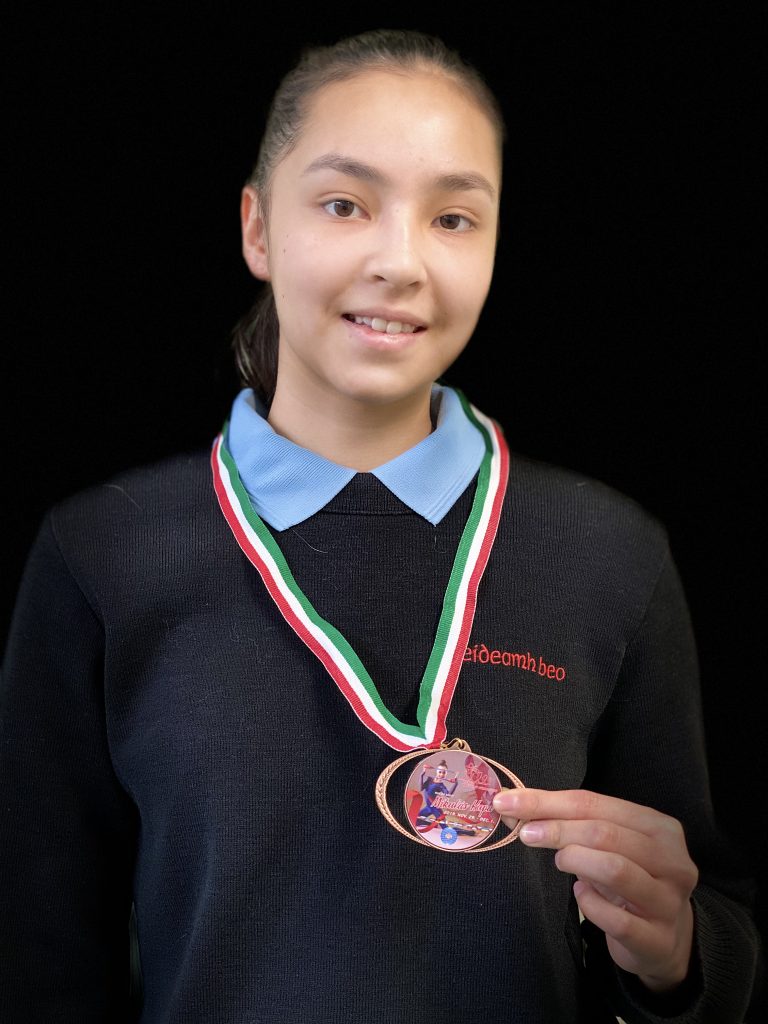 My name is Anastasia Tsay. I am seventeen years old and I am currently in sixth year in Coolmine Community School. I started rhythmic gymnastics at the age of four and I have been doing gymnastics ever since. I’ve competed at national championships and I’ve won national champion for several years in a row. I am on the Irish national squad in rhythmic gymnastics so I get the opportunity to represent Ireland at international competitions abroad. In 2016, I and two others competed at the junior European championships in Israel where it was the first time Ireland was represented at a major competition in rhythmic gymnastics. I have earned medals at competitions abroad and most recently I got two bronze medals at the finals of a competition in Budapest, Hungary. I have goals of competing at the 2020 European championships in Ukraine and hopefully one day making it to the Olympic Games. 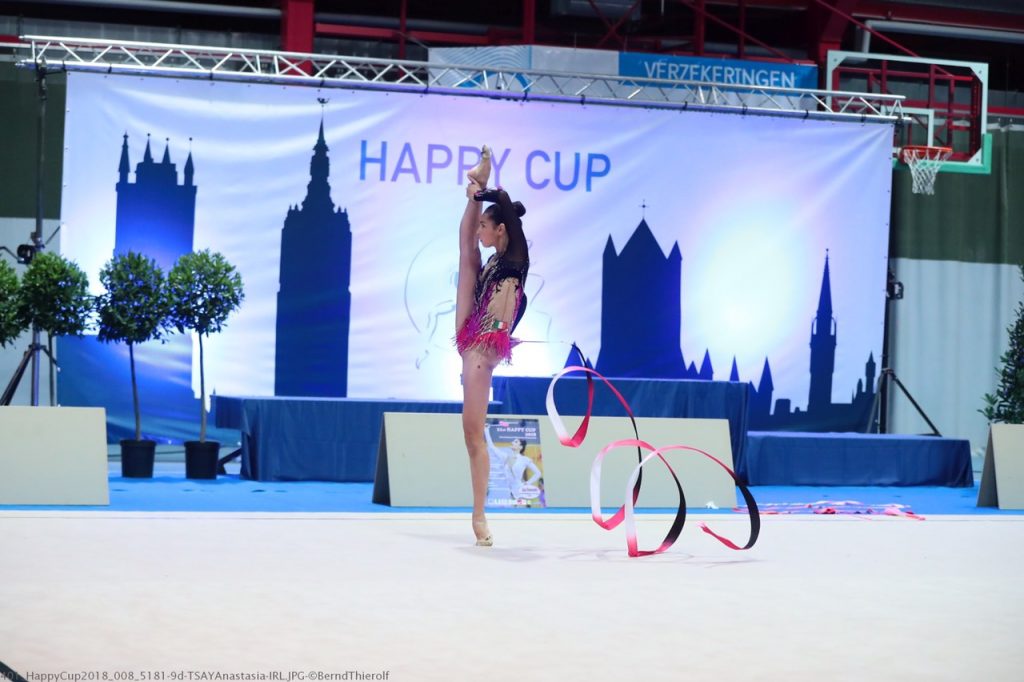