Our under 16 girls played brilliantly in their first match this week.They to beat La Cheile 7-4 to 3-1 in a friendly.

Senior Boys GAA
Coolmine senior footballers qualified for the quarter final by winning all three of their games in the group stage. Victories against St. Paul’s CBS, St. Josephs and Scoil Uilscoil ensured they had a home tie in the quarter final.

Our 1st years qualified for the finals of the Futsal tournament. They competed extremely well, beating 2 of the 4 teams in their group and finishing 2nd.  Unfortunately they didn’t quite do enough to qualify for the finals. A great effort from our 1st year boys team. 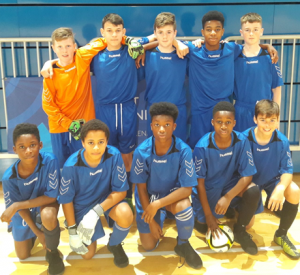 U15 Soccer League Match Vs Lucan

Coolmine entered 2 very strong teams.  Both fought hard and as a result it ended with a Coolmine V Coolmine final, making Coolmine the overall winners. 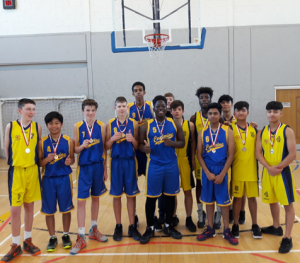 The under 16 girls lost to Luttrellstown, Lucan Community College and in a very close game with Le Cheile.
The senior girls team beat Luttrellstown, and lost in a very close game to Lucan Community College.
We have moved into a more competitive league this year. All the players have improved immensely this year, and we are looking forward to being much more competitive next year.

Our under 15 boys team got through to the 2nd round of the Shield, but unfortunately were knocked out this week following a defeat from Scoil Mhuire, Clane. Final score 22-10. Try Scorers were Rithin Parisna and Christwin Salako.

Our 1st year girls have been receiving rugby coaching in their curriculum time from our Leinster development officer.  They will receive 5 weeks of coaching and will then compete in a Tag Rugby Blitz at our local club – Coolmine Rugby Club.  We will keep you posted on our result