Classical Studies = studying the world of ancient Greece and Rome.

The course is divided into four parts (below). During sixth-year students do a project on any topic they wish from the Classical world. This is worth 20% of the final exam.

Teachers will provide resources and recommend that students buy one book for each part of the Course. 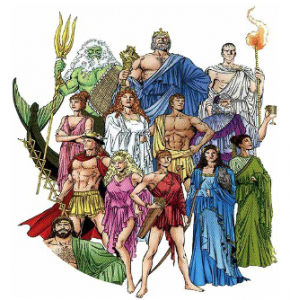 In the ancient World, The Greeks and Roman’s believed that the Olympian Gods controlled every aspect of human life. They watched, got directly involved and interfered in the affairs of the mortals. In this section of the Classical Studies course, students will learn about all the Gods, mythology, religion, religious practice, temples etc. How ordinary people interacted with the gods in public and private, is at the heart of this section of the new course. 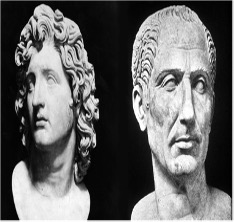 Two towering figures stand out in the Greek and Roman World. Alexander the Great (Greek) and Julius Caesar (Roman). No other two people shaped and changed their world as much as these two men. You will read Plutarch’s biographies of these two great generals. We will delve into their characters, what made them tick, why were they the way they were. Students explore what motivated them, inspired them, what were their great strengths and weaknesses etc. You will also look at why they were great generals and why they won epic battles.
Students will look at the cultures they conquered, The Persians and the Celtic Gaul’s. You will also be encouraged to develop and form your own views and opinions about these fascinating men. 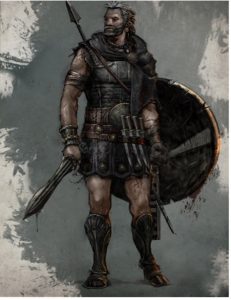 The World of heroes

Students will study two wonderful adventure stories (epics) based on the greatest event of the Classical world-The Trojan War. You will look at what happened to these two heroes, one Greek and one Roman after the conflict. Students will study the epic Journeys of Odysseus (Greek) and Aeneas (Roman), their encounters with nymphs and monsters etc. You will get an insight into what makes a hero great, according to the Greeks and Romans. These adventures are timeless human stories that every age and person can relate to. 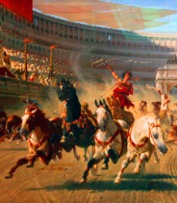 Students will learn about public entertainment in Classical Greece and Rome. Two features will be looked at in particular: The Greek stage/theatre and the Roman Amphitheatre (Colosseum). You will learn about Greek Tragedy (short plays). You will study how the plays were put on, where and why. You will read one short, selected play. These drama’s deal with the issues that the Greeks gave a great deal of thought to: revenge, hatred, abuse of power etc.

On the Roman side you will learn about the thrills and spills of the Circus Maximus where chariot races were held, and the brutality of the games in the amphitheatre. You will learn how these entertainment venues were constructed by using archaeology, art and archive sources. The life and training of a gladiator will also be studied.